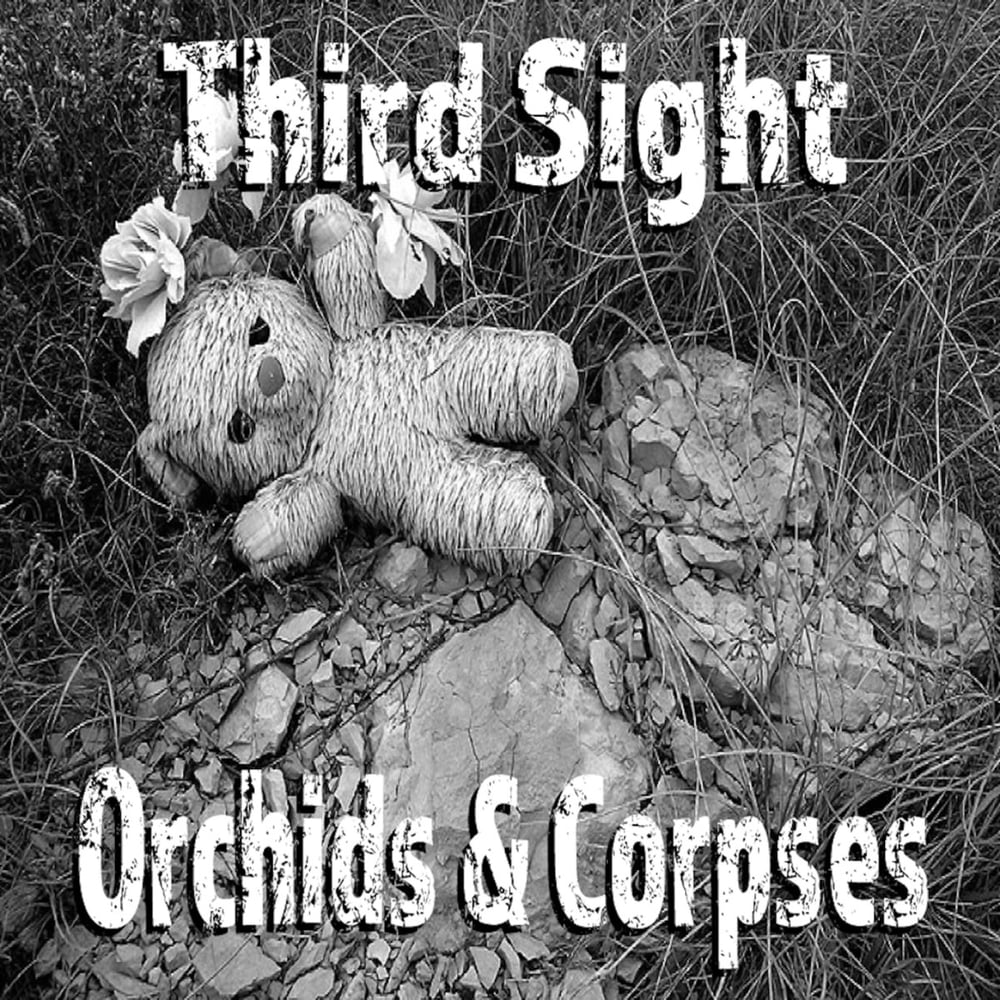 We've got a limited amount of Third Sight's vinyl release of Orchids & Corpses, which contains tracks from their demo tapes from as far back as 1993.

The album is released by Sanctimonious Records in the USA, but as shipping can get a little expensive from the US to Europe, we've ordered a small shipment so that UK and EU fans can save a bit of cash.

Third Sight need no introduction to the turntablist community, who can add to their collection of tracks produced by the legendary D-Styles as well as hearing how he got busy on the cut back in '93 (for example his cuts on "Set It Off" using the then-recently-released "Protect Ya Neck" by Wu Tang Clan).

Dufunk is also on production duties, and his influence has also remained present in the scratch world with his appearance on various beat loopers with beatmaker/scratchmaster Zuckell.

Last but not least in the crew is the unstoppable lyrical library known as Roughneck Jihad. Whilst keeping us all on our toes with his mastery of rhythm, timing and delivery, the content of his lyrics carries a lot of weight and repeated listens reveal deeper and deeper levels of meaning.

We are extremely happy to bring this slice of history, from one of the worlds rawest and most integral underground hip hop crews, a little bit closer for the international fans out there.

From the Sanctimonious Records shop:

"The tracks presented on Sanctimonious Records debut release consist of six Third Sight demo cuts from 1993-1996 -- the first time these tracks have been released on vinyl. The group members, Jihad the Roughneck Emcee, Dufunk and D-Styles, made their debut on the underground classic Rhymes Like a Scientist 12” in 1996 followed by The Golden Shower Hour lp in 1998.

Side A
Kopastetic
Rare Form
You Must Be High

Side B
Set It Off
Twice As Nice
Mediatate Sedated

Garnering a worldwide following for their uniquely styled and densely-layered production (courtesy of D-Styles and Dufunk), Jihad’s writing and delivery compliment the dark and jazzy soundscapes laid before him. As well, D-Styles incorporates his amazing talent on the cut which makes Third Sight one of the most well-rounded hip hop groups of all time.