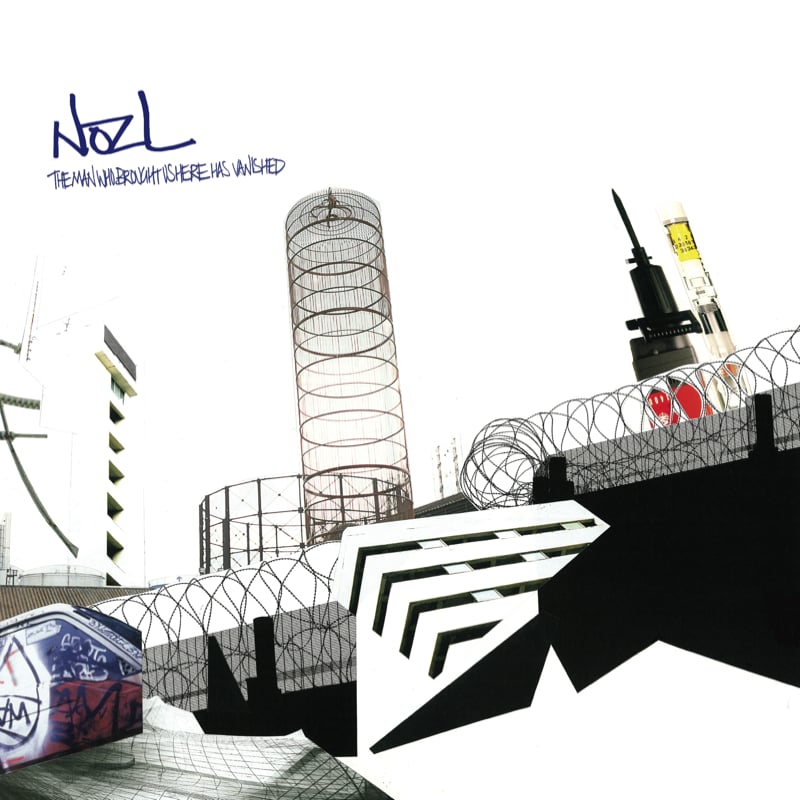 NozL’s ‘The Man Who Brought Us Here Has Vanished’ is one of the four fingers on the thumbless hand*. Entirely created from skratching records. Entirely devoted to making communicative, meaningful music.

You don’t hear that word 'meaningful’ much when it comes to skratching. I don’t use it lightly. 'The Man Who...’ is only dying to tell you something. A wholly emotional record, dripping in melancholia yet wrapped in a shroud of optimism, not dominated the dreaded existential ennui, simultaneously finding beauty in the mundane and the marvellous.

A logical progression from the Ned Hoddings launchpad of a few years before, the debut NozL LP was a giant beacon of hope in the embarrassing sea of 'check out my rather large cock’ themed skratching that had/has dominated the 21st century. For us, it was like finding a shiny gold bar in a rubbish dump By us, I mean Vince Mack Mahon, i.e. Tweek, Jimmy Penguin, Mikey Fingers and the guy writing this). Naturally, we caned the living shite out of it. I could whistle this album start to finish.

As practitioners it was a sign that we were headed in the right direction, i.e. not down the cul-de-sac of virtuosity but half way to the wide open plains of musical expression and imagination.”