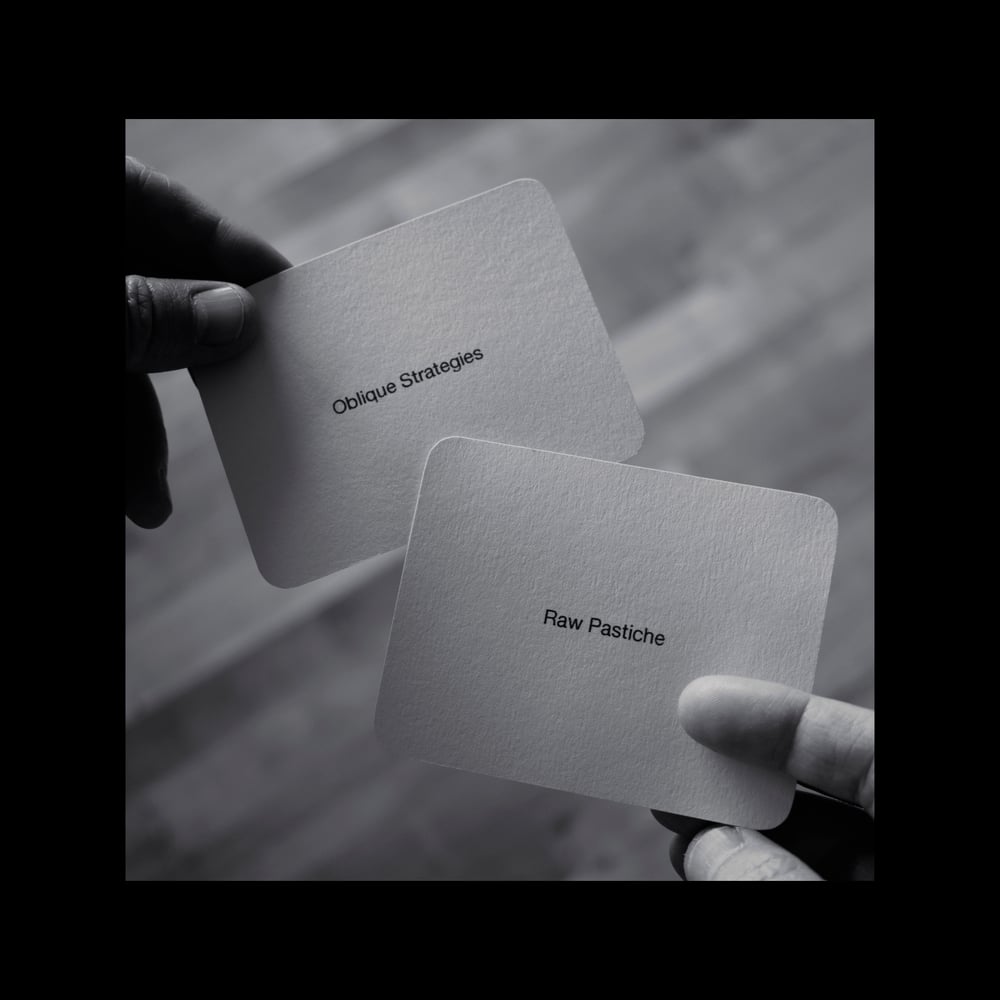 “This work doesn’t equate to that of Eno and Schmidt, but the intention is there. To articulate an ideology—bring what we have obsessed over, studied and cultivated for years—and present it in unheard, unparalleled ways. Illustrated in a new shade, but with borrowed tools, wrought from a much-used urn”. Cappo